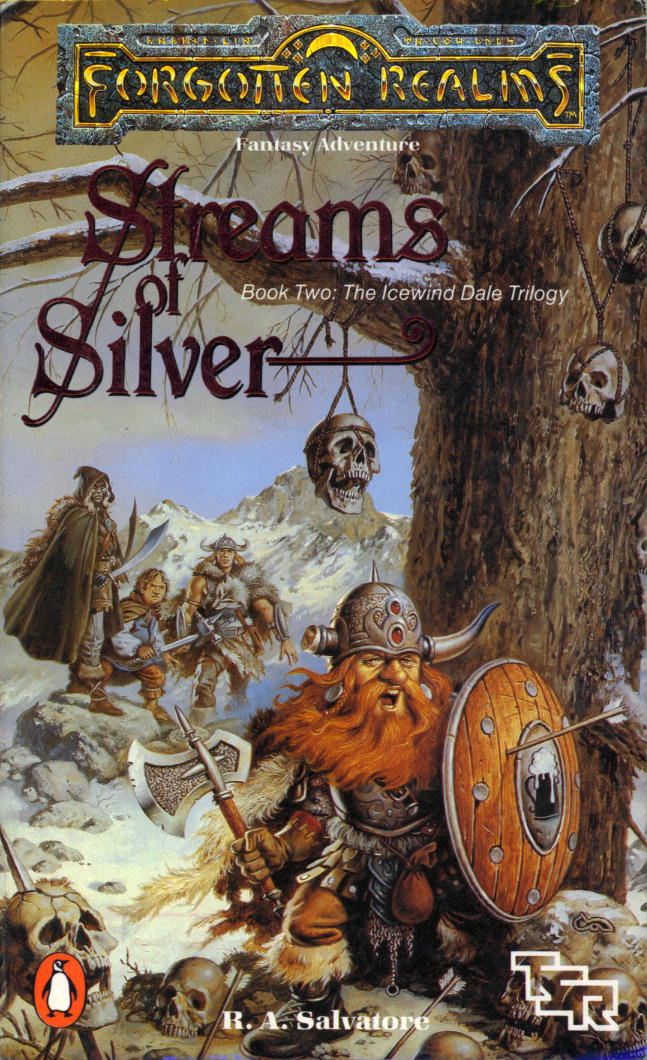 We all need inspiration. When my creative thoughts have been depleted, I need to read one of my favorite scenes or passages. These special pages spark life back into me. They get me excited about my own writing and eager to make a reader fall in love.

I have one scene I always read, well, technically it’s a chapter. It’s from Streams of Silver by R.A. Salvatore, the king of fantasy: The Trollmoors.

Four friends are fighting their way through an endless bog full of trolls. The fight has exhausted each one and the moors continue its relentless attack. Land is far from sight and one by one the companions stumble.

Then Bruneor fell, smacked down by a troll that had veered in on them uncontested.

The fateful decision came easily to Drizzt. He swung back around, scimitars ready. He couldn’t possibly carry the stout dwarf, nor could he defeat the horde of trolls that even now closed in. “And so our tale ends, Bruneor Battlehammer!” he cried out. “In battle, as it should be!”

Wulfgar, dazed and gasping, did not consciously choose his next move. It was simply a reaction to the scene before him, a maneuver perpetrated by the stubborn instincts of a man who refused to surrender. He stumbled over to the fallen dwarf, who by this time had struggled back to his hands and knees, and scooped him up with his free arm. Two trolls had them trapped.

Drizzt Do’Urden was close by, and the young barbarian’s heroic act inspired the drow. Seething flames danced again within his lavender eyes, and his blades whirred into their own dance of death.

“Run on!”Drizzt called, guarding the party’s rear and spurring Wulfgar on with a constant stream of rousing words. All weatiness flew from the drow in this final burst of battle lust. He leaped all about and shouted challenge to the trolls. Any that came near too near found the sting of his blades.

There is so much in that chapter to love. The strength and fight within each character and the will that pushes them forward. I love it. Reading this chapter fills me with a myriad of emotions and I always want to write after reading it.