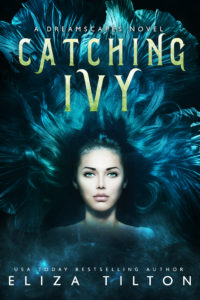 Total Recall meets Inception in this Science Fiction Romance where dreams and technology collide. Damion Scole has an obsession and it's one that just might get him killed. He spends his free time hooking into VRR's: Virtual Reality Reads. These electronic devices replaced e-readers almost thirty years ago. Now, in the year 2048, you can be in the story rather than just reading.But Damion doesn't buy your everyday VRRs, he's only into the black-market ones.His connection sells him a new vid, fresh on the market, and so hot there's only one copy. As Damion slips into the virtual world, safe in his father's penthouse, he watches a grim scene unfold. The main character is running for her life. A girl with bright blonde hair, deep amber eyes, and a mission to take down the biggest biotech company in the world.When he gets a few chapters in, he notices a local news story appears in the vid. It isn't until a fire he witnesses in the book makes the headline news the next morning that he realizes something is very wrong. Convinced what he's watching is in real time, and the mysterious girl is in real peril, he begins a desperate search through the city to find her.What he discovers will force him to leave his virtual world of safety, to save his real one.