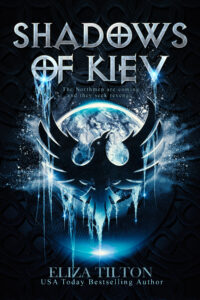 Romeo and Juliet meet The Walking Dead in 9th Century Kiev
After accompanying his father to a Slavic settlement to investigate strange tales of the undead, Viking Folkvarr discovers that not only do the dead walk, but the whole forest wants his kind dead. When his father is kidnapped by the magical rusalka maidens, there's only one person who can help, and Vikings and Slavs just don't mix.Ever since her parents were slaughtered by Vikings, Agna has feared and hated the Northmen. When a voldak attacks her in the woods, she realizes the dead are more terrifying than Vikings. Putting aside the hate and distrust, she decides to help Folkvarr and stop the madness invading her home.With generations of dislike running through their veins, Folkvarr and Agna must embrace their growing desire and work together in order to save both their people from the rising dead.But sometimes love isn't enough, and it can't stop what's about to come. 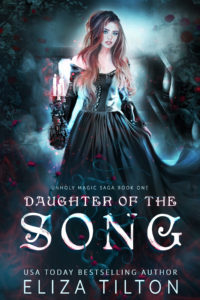 Arabella must use her songspell magic to stop a necromancer from destroying everything she holds dear. After being kidnapped by occultists, Arabella Grace and her family move to the mining town of Port Tablot to forget the horror they experienced in England. With scars adorning her body, Arabella searches for peace by hiding within her songs.  But Port Tablot has its own demons.As the dead leave their domain, a spark of magic awakens within Arabella, and her songs have the power to stop the creatures from hurting anyone she loves, including the quirky boy Leo she's falling for...if she's willing to make a sacrifice.  With the powerful words of her songs, Arabella must fight the wave of undead and stop the necromancer who's raising them...or it won't just be her home that falls in to a pit of ghosts. 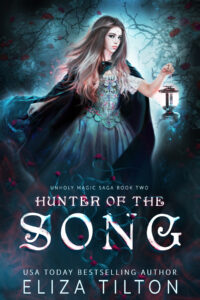 The power that once saved her life could now destroy it.Arabella and her older brother Edgard leave home to journey to a secret monastery where Arabella's power will be tested and hopefully deemed "holy" by the nuns.While Edgard may have plans for his sister, Arabella has her own agenda. No matter how hard she tries, she can't forget about the quirky boy who opened her heart and left her for dead. She needs to find Leo and his missing horde of undead and stop them both once and for all.But when a dead girl with the same cult markings as Arabella is found in a quiet village they pass through, everything changes.Edgard wants to run. Arabella wants to fight.Now she must decide whether to protect the village from the cult or to look out for herself, knowing that the wrong choice will seal the fates of everyone around her.Continue reading the second book in the Unholy Magic Saga and get lost in a YA Paranormal Romance series that takes place in Victorian England and has a gothic twist. Perfect for fans of Victoria Schwab  and Holly Black.