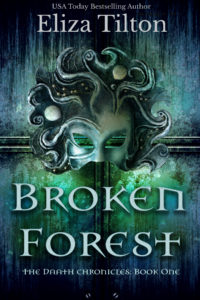 He's risking his life to save his sister while she falls in love with the dark lord who took her.

Seventeen-year-old Avikar spends most of his time in the stables trying to forget his tragic past, but when his sister Jeslyn is kidnapped, he must undertake an impossible quest to save her from the dark lord of Daath, a mystical place thought only to exist in fables.

Daath is very real, and its keeper has diabolical plans for Jeslyn.

Lucino is a shapeshifter who feeds off the auras of humans, and Jesyln's is the most powerful shade he's ever encountered. She should hate him. Only, the longer she's in his clutches, the more entranced she becomes with his domain-- and with the monstrous lord himself.

Avikar will give everything to find his sister, but the longer he takes, the harder she falls, and it won't just be her life in danger. 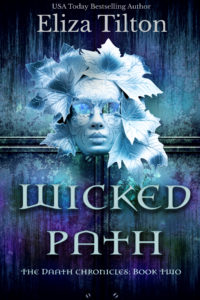 In Wicked Path: Book Two of the Daath Chronicles brother and sister are forced to opposite sides of Tarrtainya on a fast-paced adventure where the wildlife isn’t the only thing trying to kill them.Three months have passed since Avikar defeated the Reptilian Prince, and he still can’t remember his battle with Lucino. On the hunt for answers, he returns to the scene of the fight and discovers a strange connection between his family’s dagger and the mysterious kingdom of Daath, and it seems only his distant father can reveal the truth behind it all.Before Avikar can travel back home, Lucy assaults him in the market and forces him to flee to Nod Mountains—a place few dare to enter, and even less return from. With Raven and her childhood friend by his side, they must survive the treacherous journey through the pass with a vengeful Lucy hunting them. If they don’t, they’ll never see home again.Jeslyn’s new life in Luna Harbor is the perfect remedy for her confused and broken heart. But when a group of mercenaries kidnap her beloved Grandfather, interrupting her daily routine as his jewelry apprentice, she's forced to join forces with the one person from her past she tried to forget.And his assistance comes with a price.

Talk of war has reached Lakewood and Derrick is busy day and night crafting weapons and armor for his father, which keeps him from thinking of Jeslyn and how she left. When Lucy shows up at his shop, smirking, and talking about Jeslyn's mysterious disappearance, he's ready to slice off her head; instead, he decides to see if her claims about Jeslyn and Lucino vanishing together are true.As Derrick and Lucy embark on a hunt to find Jeslyn and Lucino, their hatred will turn into mutual acceptance as the trail will lead them into Nomad's land and straight into war.DEADLY DANCE is a novelette that takes place between Book 2 & Book 3 of The Daath Chronicles. 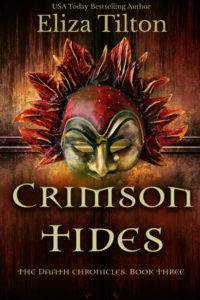 Back in Lakewood Avikar finally learns the truth about his father—and the lies he’s been told since birth. Since King Corban doesn’t believe his tale about the shapeshifters, it falls to Avikar to find a way to route out the beasts from the lands and stop them once and for all.Lucino has left Jeslyn in Mirth to go fight the Kuuni. When he arrives on the black shores, ready to slaughter them all, he finds that killing is no longer as easy as before. His human side is becoming stronger, and the repercussions of his love for Jeslyn will put his race and every plan he's ever made at risk.In Book Three of the Daath Chronicles, two very different boys will discover who they thought they were is nowhere close to the truth, and sacrificing themselves is the only way to save the world they love.